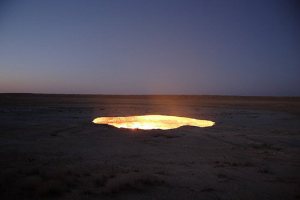 It includes a short review by each – Harlan‘s, Kai‘s, and my own piece, Undermining the Ends of the Earth – and a generous response from Ben, as well as another review by Jordan Skinner published alongside the forum. The reviews and response raise a number of interesting concerns around geophilosophy, political ecology, nihilism, and the political importance of aesthetics, geology, nihilism and ontology. The forum aimed to contribute to emerging discussions around the relationship between ‘speculative realism’ and geographic thought more broadly, something I hope to explore further in a number of upcoming conferences.